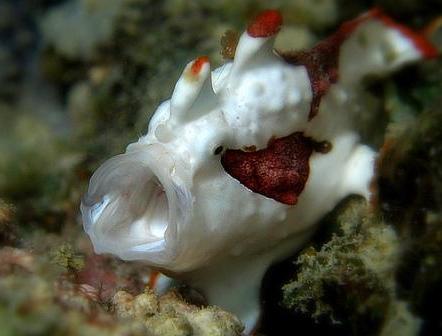 The Boonsung Wreck is a 60m tin mining vessel that sank in 1984 about 12 nautical miles from Tap Lamu pier. It now sits in 20m of water and is a magnet for an incredible amount of marine life. Before the Asian tsunami of 26 December 2004 the wreck was fairly intact but is now broken into several large pieces. Coral has encrusted most of the structure and schools of fish completely cover the wreck including trevally, yellow snapper, barracuda and batfish.

Stingrays and Leopard sharks can be found in the sand. Lionfish and scorpionfish are everywhere and touching any part of the wreck is a risky business. A large honeycomb moray has made it’s home in the wreck. Whalesharks also visit the wreck at certain times of the year. Currents are usually mild with visibility ranging from 5-25m. The wreck is also an excellent night dive location.

There is another small tin mining vessel in the area called the Premchai Wreck which sank in August 2001. This is a very fishy wreck although visibility can get down to just 5 metres. The maximum depth is 22 metres. Another is the Thai Muang wreck which is excellent if you enjoy murky dives in poor visibility.