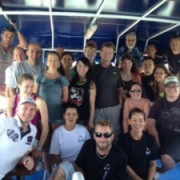 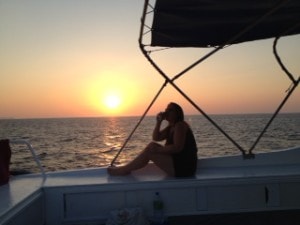 This was our first liveaboard so were not sure what to expect.

The boat was a little more basic than expected from the photos on the various websites. Our master cabin had obviously been photographed by someone highly skilled as it was a lot smaller than expected! However the beds were really comfy and there was room for us and all of our gear. Having seen the bunk rooms I am very pleased we didn’t book one of those, it would have been an entirely different experience. Our ensuite was fine, we always had hot water for showers.

The communal dining area was a little crowded at dinner time but was fine. We didn’t use the lounge area but apparently there was supposed to be a tv which was in for repair. 2 of the DMs slept in there so didn’t really feel like a space that could be used. However it was inside so we wouldn’t have wanted to use it anyway.

The sun deck was a good space. There was no seating up there apart from the bench seats around the back which were pretty uncomfy. However there were 4 big cushions which were good for a power nap between dives, however you had to be quick to acquire one.

The dive deck was nicely set up. It didn’t feel crowded and gave really easy access to and from the water. The ladders were really good for coming back up and the frame between the 2 ladders was helpful when it was choppy. The crew were always on hand to help us haul ourselves out.

The food exceeded expectations. It was very good indeed. We were never hungry and the quality was exceptional. Mostly Thai which was really interesting and delicious. Lots of very spicy stuff which some people struggled with but we loved. special mention for the banana fritters which we had with ice cream between dive 3 and 4 one day, they were the stuff of legend, I only wish I had asked for the recipe. 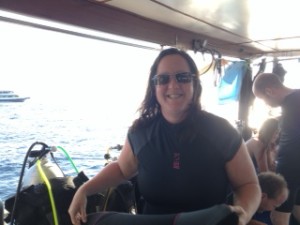 The dive masters were good. Eric’s briefings were very thorough and safety focused. Vlad was our DM for the trip and he was great. He found seahorses for me so could do no wrong in my eyes 🙂 They organised 15l tanks for one of us after the first few dives to ensure that we could dive for as long as possible. They were generally well aware of what was happening above and below the water so I was told off for sitting in the sun for too long and not drinking enough water. Annoying but appreciated!

Hire equipment was really good. I have had much worse. The crew were brilliant. We set up our gear on the first evening and from then on the crew took care of it for us. They were always around to help with kitting up and helping us up the steps after the dive. Very friendly and happy too.

The diving was very nice. Not the best that we have done but we didn’t expect it to be. The manta sightings were lovely and I fell in love with Richelieu rock, it was a beautiful site. We had some pretty severe currents at times which led to some issues but it was generally all good. The water was a perfect temperature and there were some really interesting things to see.

In summary, we loved it and would recommend the same trip to anyone. I am not sure we would go on the Dive Race again, we might splash out a little more for something a bit less basic. We followed White Manta around and having had a look through the windows I think maybe her cabins may be more our cup of tea, along with the sun loungers. However, having watched the divers having to enter their dives via a RIB when we could just jump off the back, I am not sure she is for us either. There were also a lot of people on that boat.

Thanks for all of your help with planning our trip. It has been brilliant. 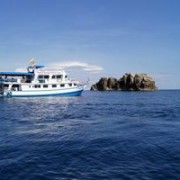 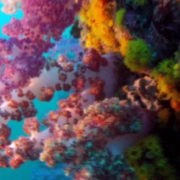 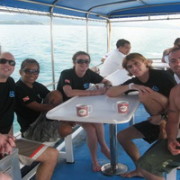 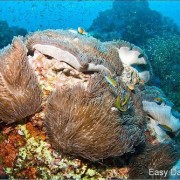 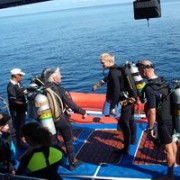