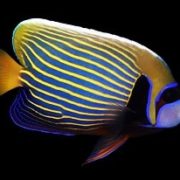 The emperor angelfish (Pomacanthus imperator) is a species of marine angelfish, native to the Indian and Pacific Oceans. It belongs to the Pomacanthidae family and is a beautifully striking fish, popular with divers and underwater photographers. They are truly regal, both in appearance and the way in which they gracefully swim through the ocean. 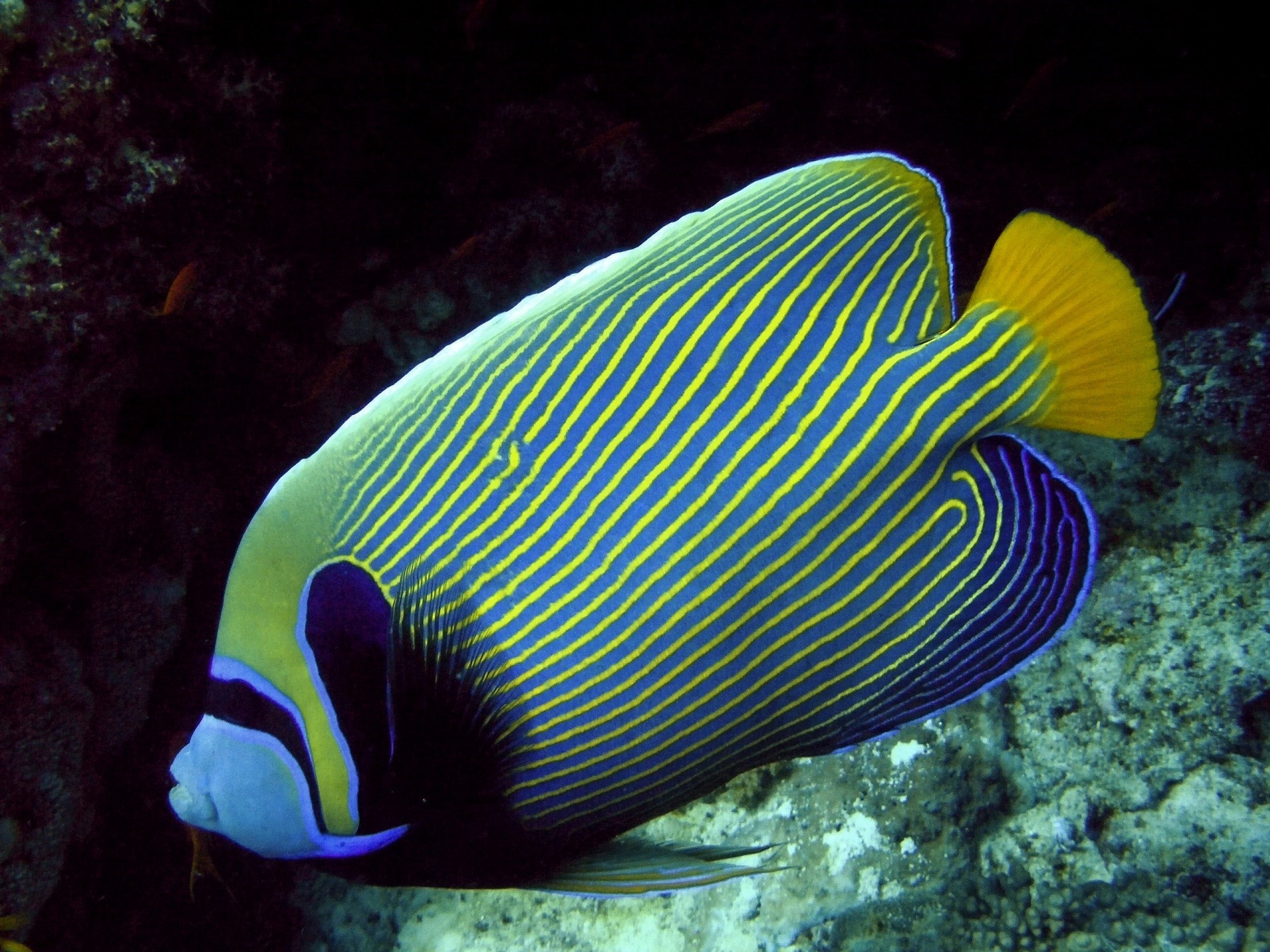 Bold and beautiful, the adult emperor angelfish is covered with bright yellow horizontal stripes and an orange tinted caudal fin. These fish also have an intriguing blue- black mask around the eyes, highlighted by electric blue and yellow.

The juveniles have strikingly different colouring than their mature counterparts. They are dark blue with electric blue and white rings over their body. They do have the similar black mask around the eyes. It takes 24-30 months for juveniles to achieve their adult colouring.

Emperor angelfish grow to about 40 cm in length, smaller than other species of angelfish. 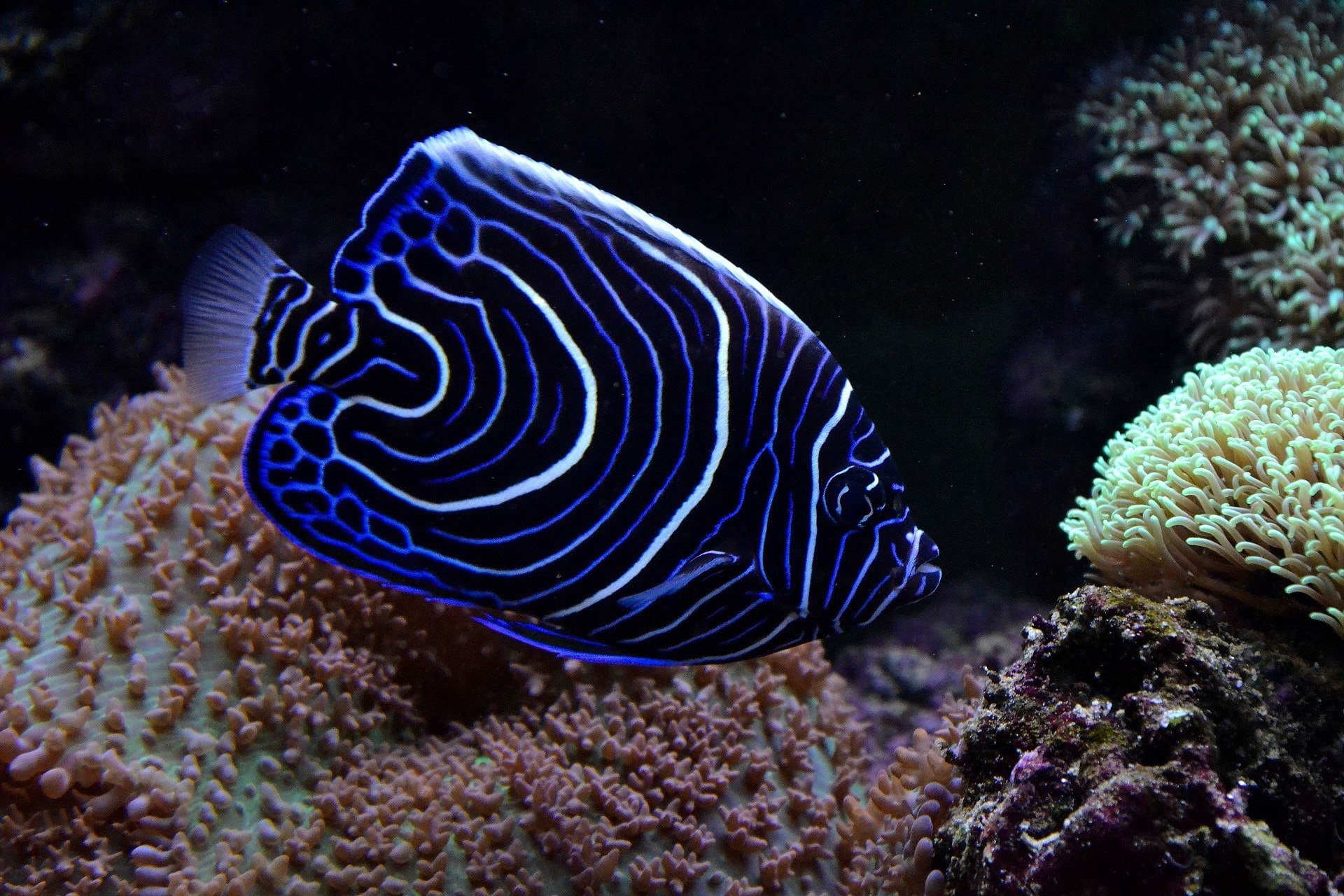 These fish live predominantly around coral reefs, at varying depths up to 100 metres. Whilst juveniles tend to live in outer lagoon patchy reefs, mature adults will live around areas of rich coral growth on clear lagoon, seaward or channel reefs. The emperor angelfish’s territory can be as big as 3,000 square metres and they are extremely territorial.

Emperor angelfish are omnivorous; sponges and marine algae are their primary diet in the wild. However, they do also eat small invertebrates. They have extremely strong jaws to chew up the sponges.

Both sexes of emperor angelfish change colour during mating season. The female turns a bland colour, whilst the mask of male turns completely black, signalling that they are both ready to mate.

A mating pair will quickly swim to the surface at dusk and mate, allowing the fertilized eggs to float away on the currents. This is done for two reasons; so predators cannot see the egg release and feed, and also because it allows eggs to disperse as far away as possible from the current site.

Emperor angelfish have been found to have three distinct stages in life; juvenile stage, intermediate, or sub-adult, and adult. The progression through every stage can take up to two years.

Once juveniles, they live alone, staying hidden under ledges or inside holes in the reef. Adults also are found singularly, defending its territory from other fish of its species and the wider marine community.

They have an average lifespan of 15 years.