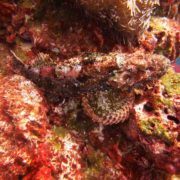 As the name suggests, scorpionfish (Scorpaenidae) are venomous. They have a ‘sting’ similar to scorpions found on land. With sharp spines covering their body, which are coated with venomous mucus, divers should be wary around these fish. They are widespread in tropical and warm oceans, but mostly found in the Indo-Pacific. 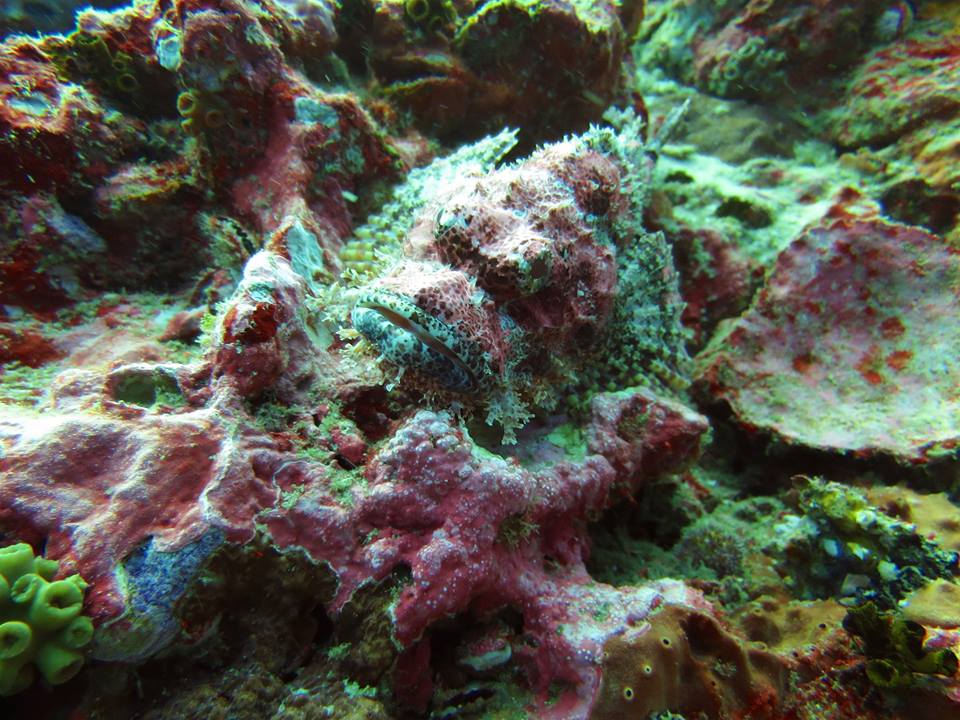 It may be extremely hard to spot or identify scorpionfish whilst diving as these marine creatures rely heavily on camouflage. Their natural colouring and markings help them to blend in with their surroundings. Scorpionfish are usually brown, black, yellow, white, red or orange. Some species can change colour to disguise themselves better.

The sizes between species vary widely; a scorpionfish can grow between 14cm and 45cm.

Usually, scorpion fish live in shallow waters, which can pose a hazard for beach goers. The reefs and sand help to disguise them, and they also can be found around rocky crevices or hiding under overhangs.

As bottom-dwellers, scorpionfish are omnivores and feed mainly on crustaceans and smaller fish. They wait for their prey by disguising themselves amongst the coral or lying on the sand. When their prey passes, they quickly attack before it can get away. Scorpionfish are suction feeders and capture their prey by rapidly projecting a suction field, generated by the fish’s buccal cavity.

Scorpionfish eggs hatch extremely quickly, after only two days. The young fish stay need the surface of the ocean until they grow into juveniles. They then swim down to the ocean floor and make their home amongst the reefs. Very little has been recorded about the life span of scorpionfish in the wild, possibly due to their superb camouflage making them difficult to study.