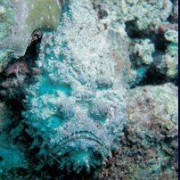 Commonly known as the most venomous fish in the world, stonefish (Synanceia) is a member of the Synanceiidae family. They can be dangerous and even fatal to humans, should they come in contact. These fish are found in coastal regions of the Indo-Pacific, although some species have also been in the rivers of southern Asia.

It is estimated there are 5 species of stonefish, all of which are very similar in shape and size. 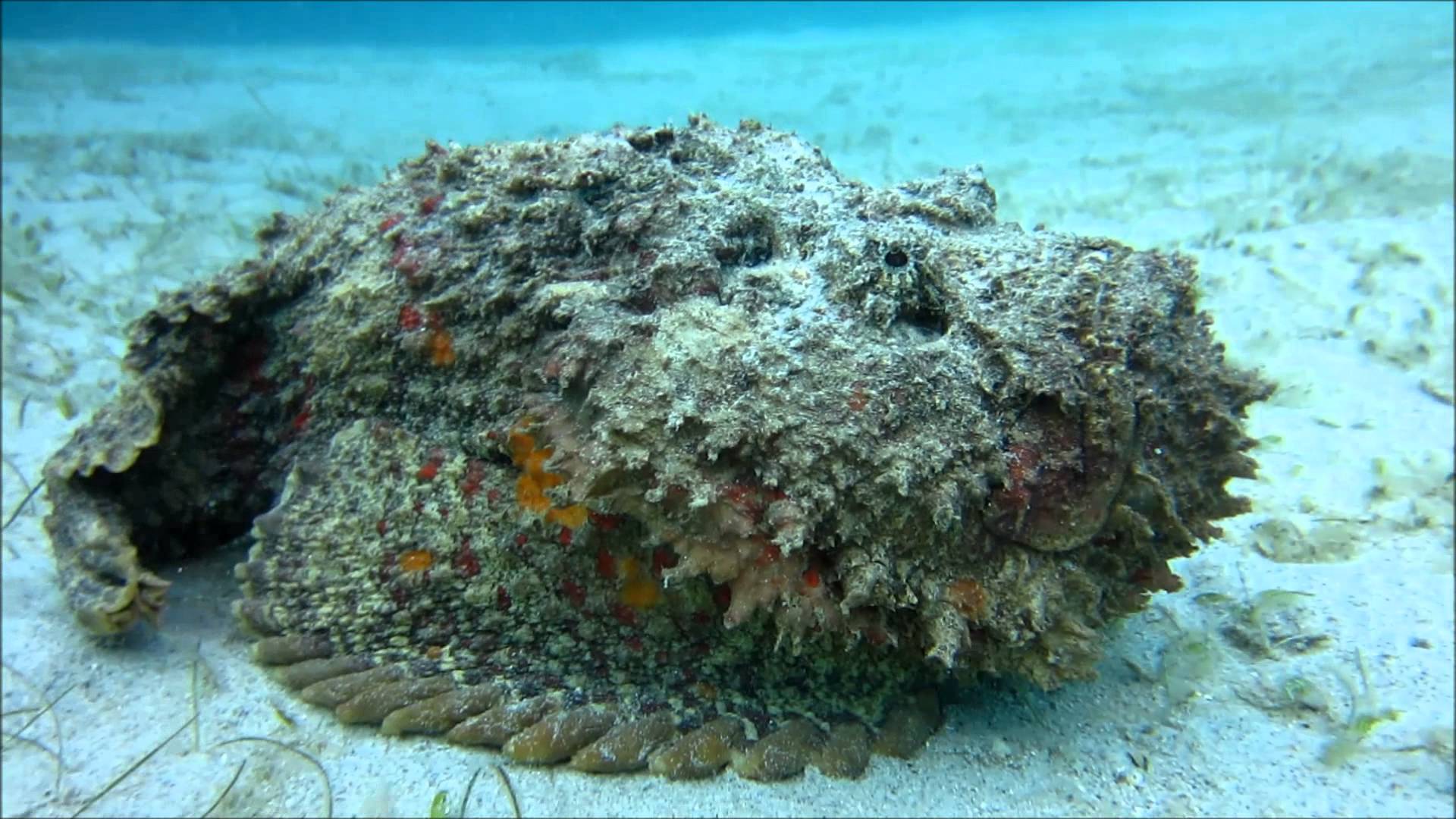 Although stonefish have a number of distinguishing features, they aren’t that easy to spot. They camouflage themselves with a grey, mottled colour, similar to that of stone. They lie in wait for their prey, but are often stepped on by swimmers, which triggers a sting. The potent neurotoxins are secreted from glands at the base of their thirteen dorsal fin spines, more like needles, that stick up when the fish is threatened.

Stone fish can reach an average length of 30 to 40cm and up to 5lbs in weight.

Just as its name suggests, stonefish prefer to live around rocky areas in the ocean where they can easily use their surroundings to aid them in catching prey. They mostly live in warm shallow waters, and can also be found around reefs.

Even though stonefish possess such dangerous venom, they don’t use it to catch their prey. They use their excellent camouflage to patiently lie in wait and ambush their prey, before attacking quickly. They eat small fish, shrimp and crustaceans, using their mouth like a vacuum to suck the prey as it passes.

Stonefish are solitary fish and only come together to mate. The female lays as many as a million eggs on the ocean floor and the male fertilizes them. The eggs are fairly large, so when the newborn stonefish hatch, they are already well developed.

Newborn stonefish are highly preyed upon by other fish, so very few survive to maturity. They spend most of their lifetime alone and sedentary, lying amongst rocks or sand to feed.